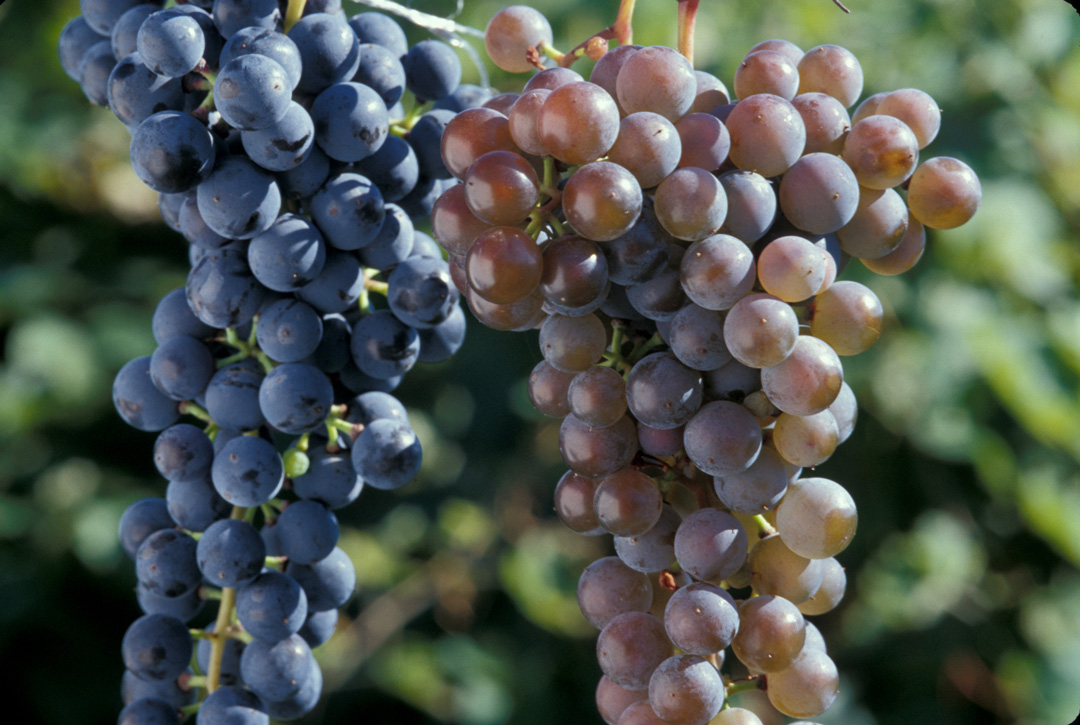 Frontenac was introduced in 1995—the first in a series of new wine grape varieties developed by the University of Minnesota for Upper Midwest conditions. It is a cross of Vitis riparia 89 and the French hybrid Landot Noir.

Frontenac was developed to be resilient despite the cold, Midwest winters. In fact, the vine has survived after temperatures as low as -30° F. However, in colder climates, the grapes must remain on the vine for a longer period of time before they are mature.

Frontenac is also very disease resistant. It is nearly impervious to powdery mildew and downy mildew, two common threats to a vine’s vitality in the Midwest.

The Frontenac grapes are used in dry, red wines, rosés, and ports. They give off notes of cherry and other red fruits.

There are no upcoming events at this time. Follow our Facebook page to be informed of future events, including our annual Harvest.

SDPB Radio’s Chynna Lockett visited Old Folsom Vineyard during our 2017 harvest and documented the process for your listening pleasure! Take a listen »

You can find wine made from Old Folsom Vineyard's grapes at Firehouse Wine Cellars on Main Street in downtown Rapid City, SD.